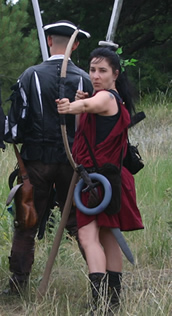 Imagine yourself as a fighter, wielding a broadsword to win your way free of enemy warriors. Or play a magic user with mystical abilities in a glorious battle. Perhaps you have pictured yourself as an infamous rogue, slinking into a dragon’s treasure cavern. This is the world of IFGS gaming, where you can roleplay anyone you want to be for a day. We invite you to join us!

The International Fantasy Gaming Society (IFGS) is a not-for-profit organization created to design and run safe, live-scale, outdoor fantasy games. If you like fantasy, science fiction, or heroic games, you will enjoy gaming with us. The IFGS has designed a live-scale fantasy gaming system with mechanisms for fighting and for roleplaying. The adventurers who travel with us encounter hungry Dragons, Wizards, Trolls and other opponents. They also encounter Kings, Queens, Knights, fair Damsels in distress, warrior Amazons, and Elven folk.

IFGS games are usually played on weekends. The average game usually runs about six to eight hours. Several teams play in each game. Each team averages six to eight players. The teams begin the game at timed intervals so they do not encounter each other on course. Each team is led by a Loremaster who organizes the players on the team and makes sure the novice players are prepared. 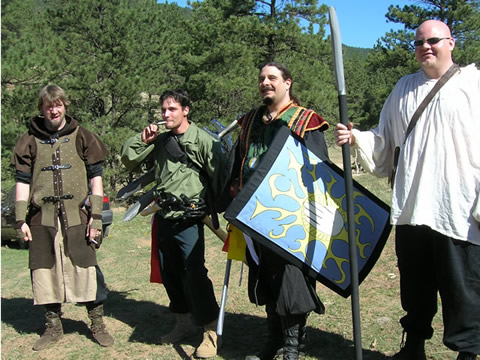 Once the game begins, the team follows a set course and will encounter many Non-Player Characters (NPCs – the actors in the game). The NPCs that the players meet will give out clues or information for the game, or may engage the players in combat, according to a script that the designers of the game have written.

Games have a set purpose for the players. For example, games have tasked players with:

These are just a few examples. There are all sorts stories to be told in IFGS.

During the game, the players maintain the persona of the character they have invented, adding to the game’s atmosphere. This is a form of acting that is called roleplaying. As you continue to play a character in different games, the character will go up in levels, giving you more game abilities. However, you are free to start a new character whenever you want. 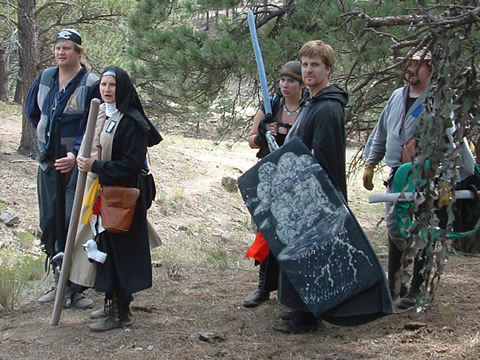 If you are interested in joining the IFGS or want to know more about what an IFGS game is like, contact us at the address and/or email listed below. A full list of our Chapters is also available. If you live near one and are interested, please contact them. If you don’t live near a Chapter and want to start one in your own area, please contact the Society to learn how. Happy Gaming!