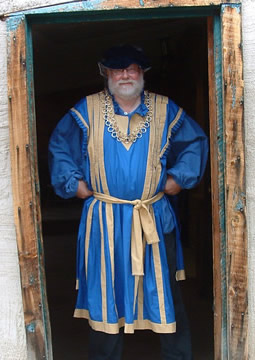 Note: These definitions apply to the v7.0 fantasy rules set.

Activate Magic Item – To mentally, physically, or verbally cause an item’s magical effect to occur.

Alignment – The personal psychological or moral bearing of an individual or an item (as in the case of some magical objects.) In the IFGS rules there are abilities that detect Good and Evil alignments, but no others.

Area of Effect – Size of area that a spell will affect.

Bonding – When a magic item is recovered during a game, it will bond to the PC who uses it first. After an item has bonded to a PC, the magic item will function for another character only after the PC dies or after another PC has had the item in his possession for at least six hours of game time, but not less than one full game.

Character Applicable Points (CAP) – Experience earned by activities other than being a PC. CAP can be applied to any character owned by the person with the CAP.

Carried Effect – An attack used to deliver another effect to the target, either through missile fire or melee.

Combat – Combat begins when an action is taken by a creature (PC or NPC) with intent to cause damage or ill effect(s) upon another creature (this also includes magical attacks). 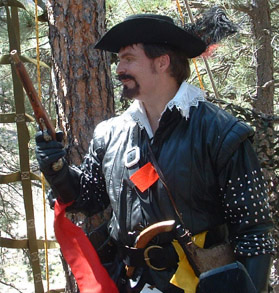 Component – These are items required to successfully perform spells, abilities or skills, consisting of verbal, somatic, and material portions.

Conjuration Time – This is the time taken to actually perform a spell or ability and is in addition to the casting time. Magic items that perform these spells and abilities instantaneously are considered to eliminate the casting time, but the full conjuration time would still be required unless otherwise noted in the description of the magic item.

Consent – Giving someone permission to target you with a spell, ability or skill. A person who is unconscious, dead, or animated dead does not have the ability to grant consent.

Down Time – Down time is a period of out-of-game time planned into longer games.

Draft Game – A game where the composition of the team is determined by a player draft.

Experience Points (EP) – Points given to a character upon completion of a game. EP are required for a character to advance in levels.

Game Aide (GA) – An individual who assists game designer in a variety of capacities.

Game Time – Time from start to end of game, exclusive of down time or other game breaks.

Game Designer (GD) – A Game Writer who produces his own game is known as “Game Designer.”

Game Master (GM) – An individual who accompanies the players on course, interprets game events and rules, and makes final judgments based on their actions.

Game Producer (GP) – The Game Producer is responsible for ensuring that site, staff, cast, props, players, and budget all come together on game day.

Hostile Act – Any act which would cause damage or negatively affect another creature.

Immediate Counter – Any spell, ability, and skill designed to counteract an attack or spell effect.

Immutables – Immutables are those characteristics of a character that can never be permanently changed.

Innate Ability – An inherent ability which does not have to be learned; no point cost; innate abilities are usually gained at specific levels.

Knockdown – The result of a spell, skill or effect that causes a character to immediately fall to the ground. At some point during the Knockdown, the character’s back must touch the ground.

Level Influential (LI) – A type of spell, ability, or skill which affects creatures up to a specific level. 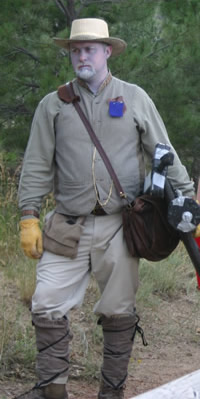 Life Points – Life Points are a measure of how much damage a character can take.

Line Course – A type of game. A line course has set encounters that the players encounter in a predetermined order.

Lore Master (LM) – Leader of a team for a game.

Major Game – A game designed to run six hours or overnight; has a flyer and may require a draft or be invitational.

Material Component – A physical representation that is required for a spell, ability or skill. Can be a flag, bean bag or other.

Mini-Game – A game with few players, with a duration of less than six hours.

Mundane Damage – Damage from non-magical weapons, or other mundane effects.

Novice Rule – Rule requiring every team for a low level major game to have one or two individuals on the team who have never been a PC in a major game before.

PC Fairness Rule – In a game with PC Fairness, any PC who is adversely affected, directly or indirectly, by the action of another PC may call upon the rule. If a player invokes the Fairness rule, then the action is negated and conditions would be such that the event never occurred, including PC knowledge of the action.

Draft – An event where teams are select by loremasters for an upcoming game. Usually the LMs alternate picks when choosing their team members. 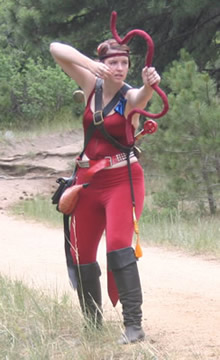 Propelled Missile Weapon – Weapons that includes bows and crossbows and others.

Pursuit Rule – An optional rule for role-playing pursuit of a character or non-player character.

Registry – Keeps the records of each character’s magic items, treasure, etc., keeps the Experience Point totals for all the PCs.

Registry Representative – An individual who passes out gold piece representations for a game, and distributes and collects evaluation forms at the end of a game.

Room Game – A type of game. A Room Game is a game that takes place in or about a single structure. Historically these were called Bar Games.

Sanctioned Game – A game which is approved by a designated official IFGS Sanctioning Committee; the SC judges games for fairness, safety, consistency, playability and cost; only sanctioned games are recognized by the IFGS.

Safety Officer (SO) – An individual who is responsible for seeing that a game is executed in as safe a manner as possible; also provides first aide support. 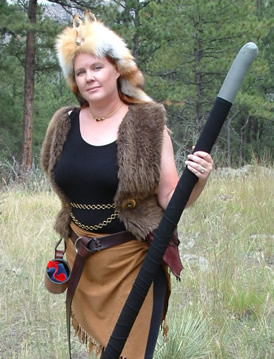 Stacking – Restrictions on how spells, abilities, and skills interact with magic items and each other.

Throat Slit – Any single blow, with the intent to dispatch a victim, to the neck with a hand-held weapon (do not touch the throat physically). Victim must be bound, unconscious, magically slept, paralyzed, or magically held (this is for safety reasons).

Thrown Missile Weapon – This classification of weapons includes throwing knives and stars, acid, flaming oil, holy and unholy water, rocks, and the items produced by the Druid spell Seeds of the Elements. These are represented by beanbags.

Time Stop – A break in game where all activity halts. Time Stop may be called in a game by the GM or designated personnel for game reasons or by anybody on course for safety reasons.

World Course – A type of game. A World Course is a game where the players are free to move around at will; there is no predetermined order to the locations the Players may visit.