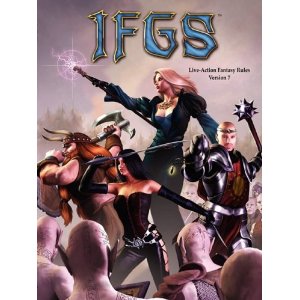 IFGS has a class-based Fantasy Rules system that has evolved over a 25 year period that will soon see the publication of its 7th edition. Our games generate experience points for the participants, who may spend those points to develop characters within the class system. Characters continue from game to game, sometimes traveling from world to world as their owners visit other IFGS Chapters. Chapter and National Registries keep track of these characters and their possessions and experiences.

IFGS games are played in a variety of settings with full-size foam weapons, mock armor, and costumes. In an IFGS game, you have the opportunity to become a different person. The creativity and imagination you pour into your characters is what helps to make the game so much fun for you!

Creating a character begins with your imagination. The first thing to decide when starting a new Player Character (PC) is what Character Class to be. It is best to start by reading the chapters that define each class and details the abilities possessed by that class. A summary of each class is provided below.

Clerics and their spells are strong in three areas: healing, information, and effectiveness against undead creatures. No other class can heal as well as a Cleric. In addition, a Cleric’s closeness with their deity gives them unique informational abilities, and the best ability of any class to deal with the undead. 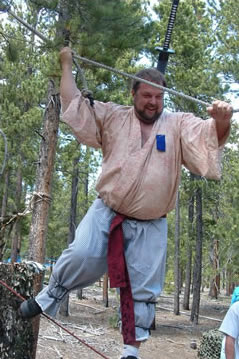 Druids are in tune with nature. With their spells and abilities, they can control the elements. Druids have a wide variety of abilities that aid both the group and themselves. They also have some attack spells, and they can dish out both magical and physical damage.

The strength of a Fighter is in their skill with weapons and armor, their ability to take damage, and their capacity to heal their own wounds. No other class can do as much damage in melee. In terms of skill with hand-to-hand weaponry, the Fighter is unparalleled.

Knights are strong, courageous, and honorable, and their abilities are based on their code. All that they do relies on their courage. For feats of strength, no other class can match the Knight, and in courage and valor, they are supreme. 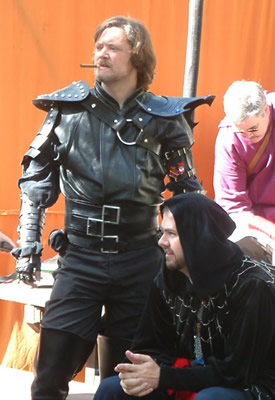 Magic Users rely on magical spells for most things: protection, attacks, and aiding their team. Of all the classes, they are able to do the most damage. Their skills in combat are based in the arcane abilities they possess. Most of the protections a Magic User has can only be used on themselves.

Meditation is the power that sets Monks apart from other characters. Through physical training and mental discipline, Monks can perform feats that may seem miraculous. Because of how they obtain their abilities, most of what they can accomplish, they can only do for themselves.

A Ranger’s skills make them at home in the wilds. Rangers are hunters and trackers. The Ranger is best with the bow ,and has a wide variety of skills using arrows. Rangers can gain valuable information from their surroundings and can often sense things in the physical world that others miss.

Thieves have skills that can be picked up on the streets and back alleys of life. They are experts on detecting, bypassing, and setting traps. In combat, they specialize in the surprise attack. They are perhaps the least gullible, and most convincing, of the character classes. In addition, thieves are the only class that can pick locks.

The Quickplay Rulesbook contains the first couple of levels of each character class, and provides basic information about how to play an IFGS game. It is intended as an introduction to the rules.

The Fantasy Rules Committee has completed the updated version of the rules, and as of January 1st, 2010, is the official set of rules which all chapters of the IFGS use for all games. A copy of the v7.0 Rule Book can be obtained directly from the Society Clerk, your local chapter, or online retailers such as Amazon. The ISBN number of the v7.0 Rulebook is 978-0962206320.